Information about the UroAid Project - urogenital Surgery and Reproductive Health 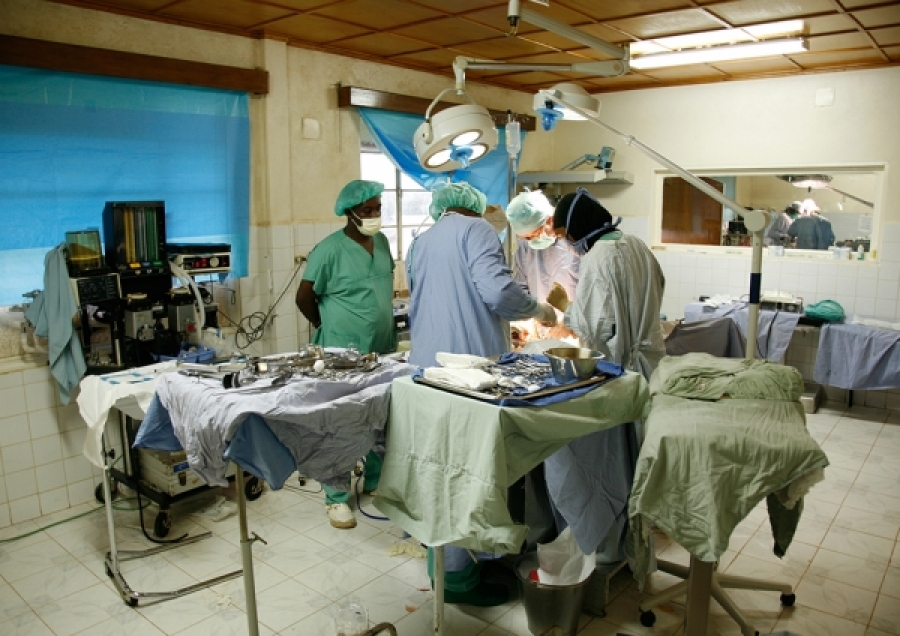 UroAid is an aid project for urological care in northern Cameroon and bordering countries in the Sahel region. Since 2005, Dr. Franklin Danki Sillong from Cameroon and Dr. Thilo Schwalenberg from Germany have worked together in the Protestant Mission Hospital in Ngaoundéré, where they have built the first urological ward in northern Cameroon. The initial goal was to establish urogenital surgery in the region, in which no opportunities for qualified surgical treatment for women with vaginal fistula and men with urological diseases had previously existed.

One priority is Fistula surgery after birth trauma, which especially affects young women who suffered injuries to their vagina, bladder, urethra, or intestine during childbirth. Fistulae, through which urine and stool are discharged, often remain throughout a woman's life, which shuts her out of family and everyday society.

"When we operated on our first Fistula patient in Ngaoundéré in 2005, we also saw women with complex Fistulae that were not operable at the time. The brutality of this future was incentive, to continually improve on what we'd started, and to make a particular surgery possible under very simple conditions. Today, we operate on these women with urinary diversion technology, which very few surgeons in the entire Sub-Saharan region own, and we train Urologists in how to use it. Those affected re-obtain their continence and their dignity. (Thilo Schwalenberg, MD)

With supporters in Germany and Cameroon, the doctors plan a hospital renovation in Ngaoundéré, with a center for Urogenital surgery. Meanwhile, the operations will be performed in separate surgical center.