About the Motives, Results und Prevalence of the Practice

An overview of the practice

Female Genital Mutilation (FGM) is an extremely violent practice that can leave a girl’s body severely damaged. The World Health Organization (WHO) defines female genital mutilation as a practice that removes part or all of the external genitalia for non-medical reasons. Girls are at risk from infancy into their young adult years. Depending on regional or ethnic affiliations, there are four main types of this practice:

Clitoridectomy (Type I)
This involves cutting the clitoris, an organ associated with sexual pleasure and analogous to the male penis. It is an extremely agonizing procedure that is used to control women’s sexuality.

Excision (Type II)
In addition to the clitoris, the labia minora (inner labia) and sometimes the labia majora (outer labia) are completely or partially removed. About 80 percent of all FGM victims experienced Type II cutting.

Infibulation (Type III)
Infibulation is when the clitoris, labia minora and majora are excised leaving a small vaginal opening for urine and menstrual flow. About 15% of FGM victims live with Type III and in extremely rare cases, the clitoris is preserved below the scar ceiling. For the first sexual intercourse, a woman is often cut a second time to allow penetration. The same is done during pregnancy to allow enough room for the baby’s head to pass through.

Type IV
There are a number of variations that depend on local customs or the habit of the performers. The World Health Organization cites practices such as burning, scratching or pricking the vagina or the cauterization of the clitoris as Type IV. 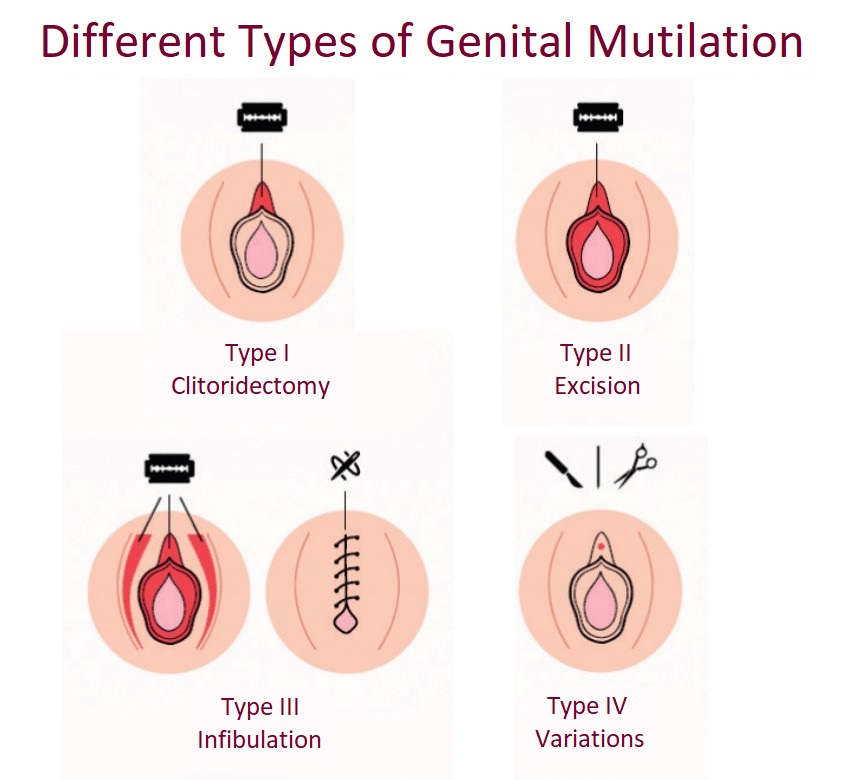 The “Circumciser”
In most cases, women and girls are mutilated without anesthesia and painkillers by traditional circumcisers, who use knives, sharp stones or razors. In some countries, such as Egypt or Niger, barbers will also perform this procedure. In Egypt, for example, the legal ban was largely ignored or circumvented. The violence is widespread both in rural areas and in the cities of Egypt.

Trend towards "medicalization"
Increasingly, the sexual mutilation of girls is carried out under more hygienic conditions, with anaesthetics and painkillers. The increasing "medicalization" of the practice ensures that more and more medical personnel and doctors perform the mutilations, such as in Djibouti, Somalia, Sudan or Egypt. In about 75% of cases, the acts are perpetrated by doctors and medical staff. 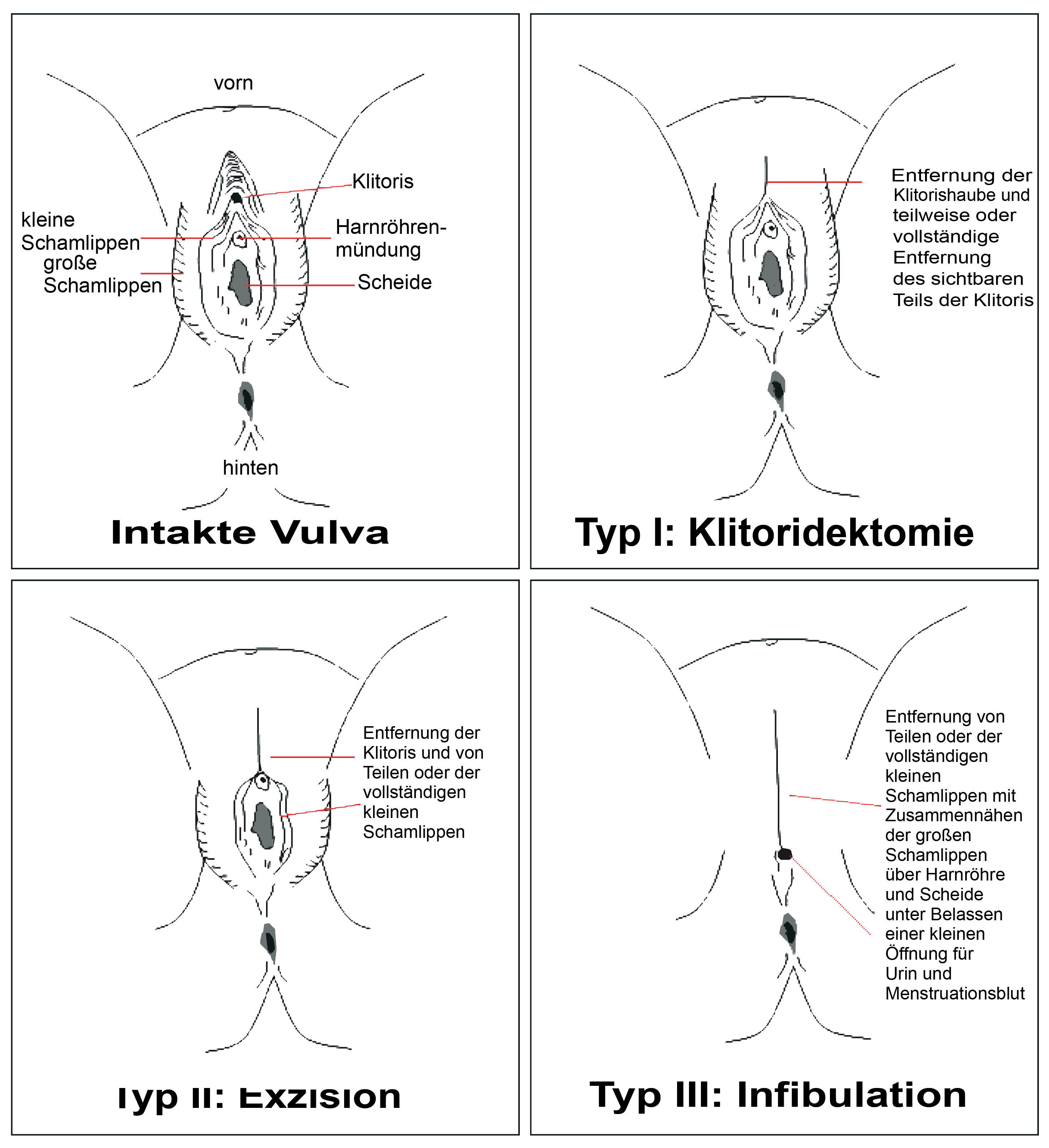